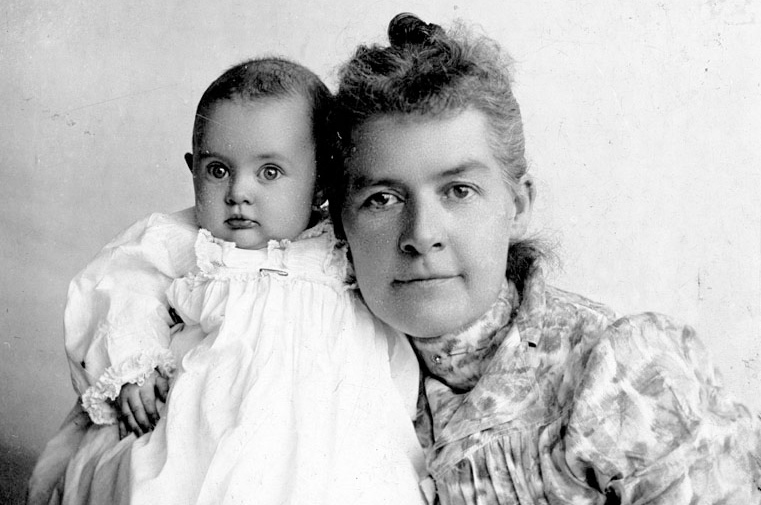 Despite having a conservative reputation, Utah was the first state to elect a female State Senator in 1896. In the context of the times, it’s not entirely surprising. The first woman to vote legally in an American election was Seraph Young in 1870, 50 years before white women were given the right to vote by the ratification of the 19th Amendment. Many now speculate that the support by Mormon leaders for women’s suffrage was to counteract the negative views of polygamy in the territory and prevent anti-polygamy legislation. Whatever the leader’s intentions, the result was Mormon women actively engaging in women suffrage and politics.

Throughout her life, Dr. Martha Hughes Cannon was a driven woman. She wanted to be a physician, so she learned typesetting and worked her way through medical school. By the age of 25, she had earned four degrees: chemistry, medical, pharmaceutical, and oratory. She returned to Utah to practice medicine at Deseret Hospital.

Martha was a devout Mormon and became the fourth husband of Angus M. Cannon in 1884. Two years earlier the Edmunds Act was passed, which made polygamy a felony in the United States. As the pressure mounted and her husband was arrested for polygamy, Martha exiled herself to Europe to avoid testifying against Angus. While she was gone, Congress passed the Edmunds Tucker Act which, in addition to disincorporating the LDS church, disenfranchised women and took away the right to vote they had in Utah.

When Martha returned to Utah, the Mormon women were rallying together to fight for suffrage. Martha joined their fight and became a leader in the Utah Women’s Suffrage Association and traveled across the country to participate in events with suffragettes like Susan B. Anthony and Elizabeth Cady Stanton.

In 1896, the women of Utah had their right to vote reinstated by the new state constitution. That fall, there were five open spots in the State Senate. Five Democrats, including Martha, ran against five Republicans, including her husband Angus. The five candidates with the most votes would be elected. 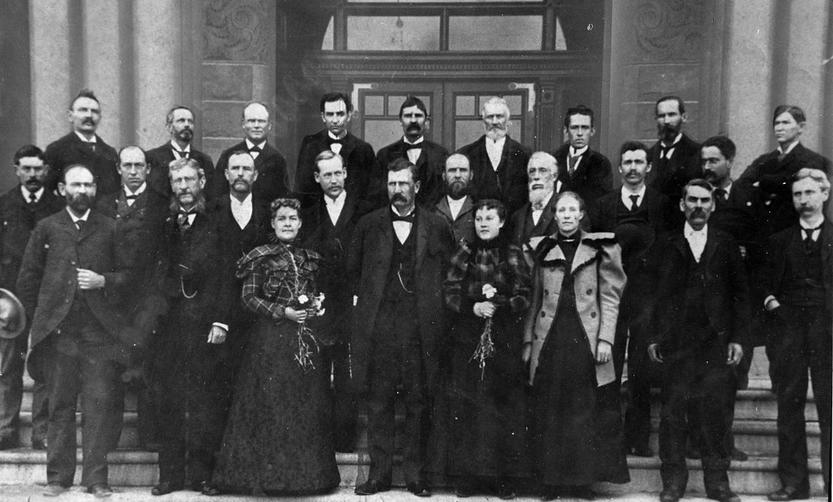 The Utah State Senate in 1897. Martha is third from the left in the front row.

Not only did the five Democratic candidates win, but Martha became the first woman to be elected to a State Senate in the US. Martha received 10,288 votes while her husband only received 8,054. Fortunately, the election caused no strife in their marriage, though local newspapers fixated on the competition between them. The Salt Lake Herald famously endorsed Martha before the election, saying: “Mrs. Mattie Hughes Cannon, his wife, is the better man of the two. Send Mrs. Cannon to the State Senate and let Mr. Cannon, as a Republican, remain at home to manage home industry.”

Martha’s impact on Utah was significant, including writing the state’s Sanitation laws and helping to found Utah’s first State Board of Health. She consistently fought for causes she believed in, continuing to help in the National Women’s Suffrage movement and standing up against anti-vaxxers, including apostles in her own church.

Although Martha chose not to run for office at the end of her term because of the birth of her third child, she continued to work at the Utah Board of Health and eventually the National Congress of Tuberculosis. Her legacy is firmly cemented in Utah and the LDS church because of her hard work and unshakable priorities.

Learn more about Martha on Wikipedia and in the book Pioneer, Polygamist, Politician: The Life of Dr. Martha Hughes Cannon by Mari Grana.