Vibrators were Sold in the Sears & Roebuck Catalogue

While today many people feel like vibrators are as commonplace as they ever been, they actually used to be sold as a medical treatment device. Today you’ll sometimes see them online or in the Brookstone catalog marketed as neck and back massagers instead of their true intended purpose of providing sexual pleasure. But vibrators were first invented as a treatment for “hysteria.”

As expected, vibrators became an immediate hit, and soon home versions were created so women could “treat” their hysteria on their own. During the early 20th century you could find them advertised in women’s magazines like Needlecraft and Women’s Home Companion, as well as the Sears & Roebuck Catalogue. Once they started appearing in pornographic movies, vibrators disappeared from magazines and became difficult to purchase. With the rise of feminism in the 1970s, vibrators made a comeback and are very easy to buy today. Still, it’s funny to look back on those old catalog advertisements and know what they were really selling. 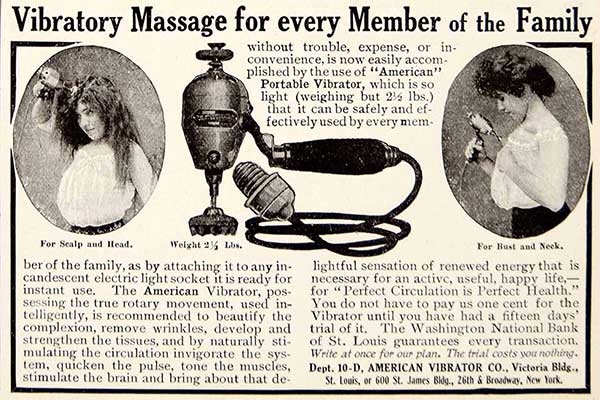 Learn more about the history of hysteria and vibrators at Psychology Today and in the book The Technology of Orgasm by Rachel P. Maines. 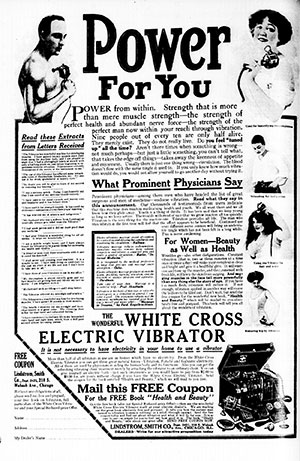