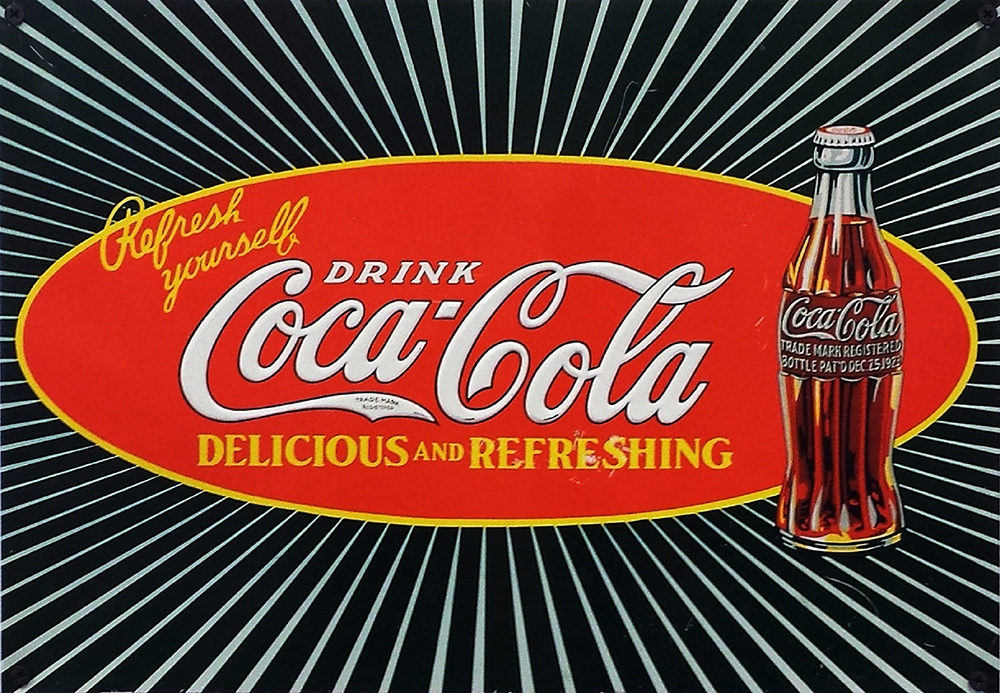 Where did you think it got the name Coca-Cola anyway? Yes, popular legend is correct, and the soft drink did originally contain cocaine (obtained from the coca leaf).

Coca-Cola was first conceived between 1885 and 1886 by a John Pemberton, a former Confederate soldier turned drug store owner. He marketed it as a “patent medicine” and claimed that it would cure whatever ailed the consumer, including headaches, impotence and morphine addiction (though it apparently didn’t work too well as the later, because Pemberton later himself got addicted to morphine).

The name Coca-Cola was derived from its two “medical” ingredients: “Coca” came from the coca leaf which is used to create the cocaine the drink contained, and “Cola” from the Kola nut, which provided the drink’s caffeine.

After the drink was accused of having “similar effects to cocaine, morphine and such like” and being the cause of racial ferment, the Coca-Cola company decided to cut out active cocaine.

The presence of cocaine was hardly a secret: a drawing of the coca leaf was even featured in the advertising: 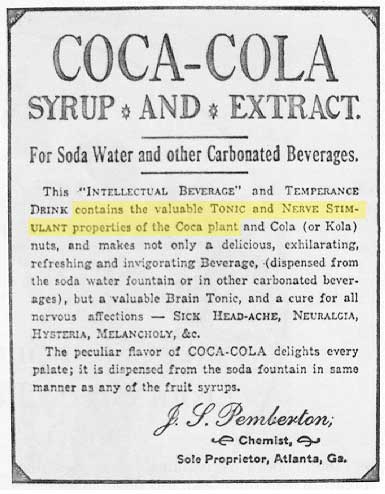 However, the company was still attached to the name, and, in order to keep calling itself Coca-Cola, they felt they needed to have at least some element of the original coca leaves in the product. As a result, they switched from active cocaine to un-synthesized coca leaves.

Before this was known, the company was even slapped with a “misbranding” lawsuit by the US government, which claimed that they didn’t have the right to call themselves Coca-Cola if they no longer contained coca leaves (Coca-Cola won this case).

And, believe it or not, Coke still contains coca leaves. To this day, the Coca-Cola company puts in their syrup what’s left of the leaves, as supplied by a company called Stepan, after they’ve had the cocaine extracted from them. (Stephan, by the way, is the only US company legally licensed to import coca leaves, which they do from Peru. While Coca-Cola gets the “spent leaves,” the active ingredients go to a pharmaceutical company called Mallinckrodt, the only US company legally allowed to use cocaine in their medicines.)