Kodak Invented the Technology That Later Forced Them Into Bankruptcy 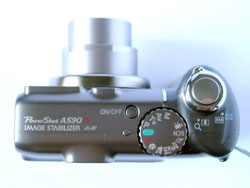 US Patent number 4,131,919. Though it may not go down in history, it’s sure to be one of the most important inventions in our modern age.

In 1975, Kodak employee Steven Sasson built the world’s first functional digital camera using then-new but now-ubiquitous CCD chips. Though it would take a few decades for the technology to hit the mainstream, Kodak was responsible for inventing the same technology that would later force it to file for Chapter 11 Bankruptcy in January 2012.

Although it also brought the world’s first single lens reflex digital camera to market in the early 90s, Kodak was slow to shift its business from film-based to the digital-based products (the company once made almost all of its income from selling film).

2007 was the last year that the imaging pioneer turned a profit, and today Kodak relies on suing others for allegedly infringing its patents (ones that it often failed to capitalize upon), and since declaring bankruptcy has resorted to auctioning those patents off to the highest bidder.